This is by far one of the best products .I can't say enough about how it supports the gut .I have a lot of tummy issues and I make me a cocktail at night before bed and boom tummy feels happy!! 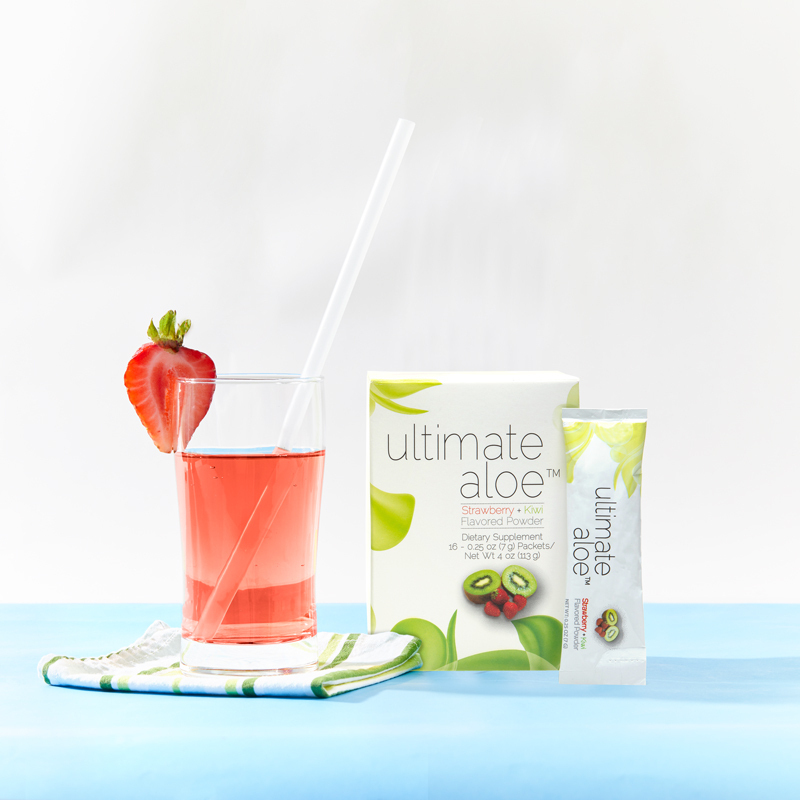 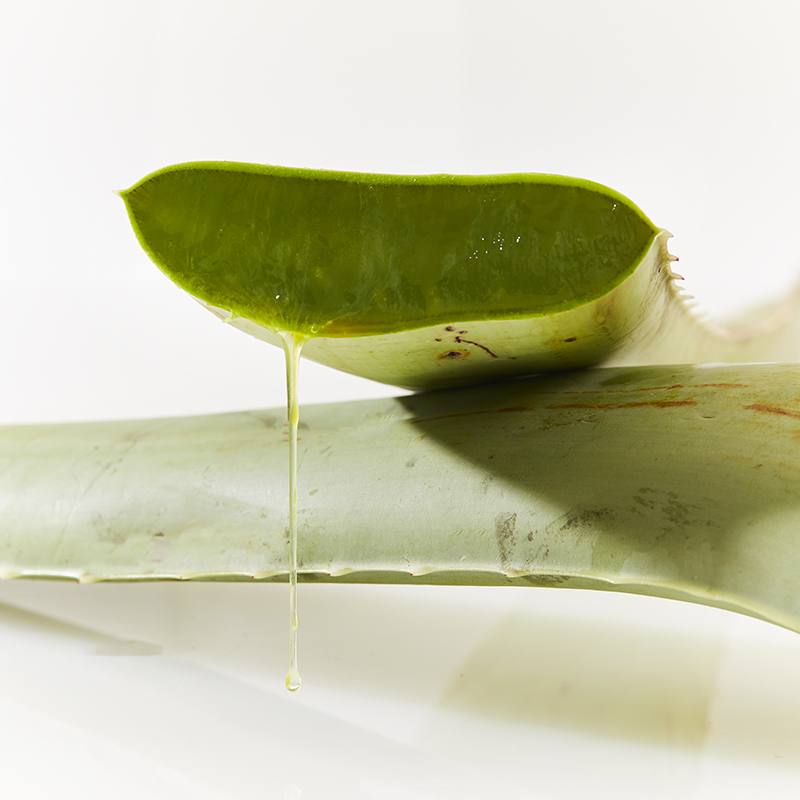 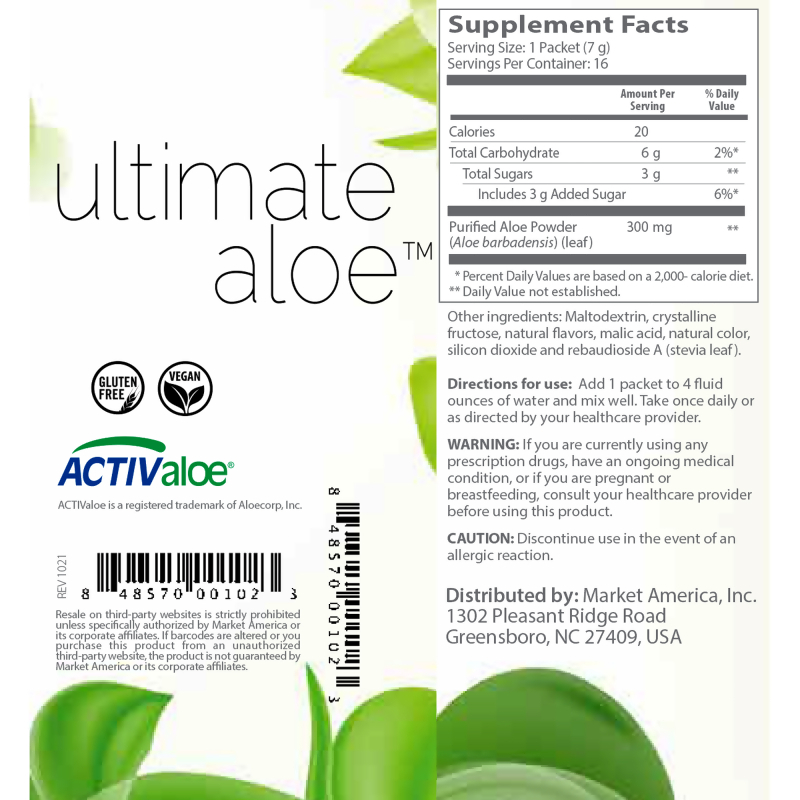 Aloe vera naturally contains over 200 biologically active components. nutraMetrix® Ultimate Aloe Powder is derived from inner leaf aloe and retains the qualities of natural occurring aloe vera through a proprietary extraction process called TotalAloe™; isolating and concentrating the most active polysaccharides while removing undesirable components, such as aloin and emodin which may cause digestive upset.

Linne gel is named after the scientist Carl von Linne (Carl Linnaeus), who is given credit for categorizing plants and animals. Linnaeus deemed Aloe to be the genus and vera the species. The type of aloe in our product is Aloe barbadensis Miller. Miller is the person who described and categorized the plant we know as aloe vera.

Aloe vera is rich in polysaccharides and a source of trace minerals such as iron, copper, calcium, zinc, chromium, manganese, potassium, sodium and magnesium. Minerals are important for the proper functioning of various enzyme systems in metabolic pathways and some minerals act as antioxidants.

Poor diet and stress cause the mechanical function of the colon to be disrupted. This leads to intestinal discomfort, incomplete digestion of food, and establishes a favorable environment for foreign bacterial and fungal growth. Aloe supplementation helps to normalize gastrointestinal pH, composition of intestinal flora, improves density of the stool and the digestive process. Consumption of aloe vera will improve bowel regularity and produce greater intestinal comfort after eating.

Does nutraMetrix Ultimate Aloe Powder need to be refrigerated?
No, it can be stored safely at room temperature.

Why does the taste vary?
The taste will vary from lot to lot due to the seasonal time of harvest. The sun and the amount of water the plants receive are directly responsible for the ripeness of the plants. Just as with any vegetable, you will have a different taste depending upon the growing process.

I noticed the IASC Seal on the nutraMetrix Ultimate Aloe Powder box. What is it and what does it mean for me?
The seal is a certificate from the International Aloe Science Council (IASC). It demonstrates that the quality of aloe in nutraMetrix Ultimate Aloe has been validated and certified by an independent group of professionals. nutraMetrix and Market America has made a strong commitment to sell a standardized, well-defined, thoroughly tested product that meets the rigid standards of the Council.

What is so important about using inner leaf aloe vera?
Modern chemical analysis of aloe leaves shows that the active agents that are responsible for the plant’s widely celebrated health properties are concentrated in the green skin (rind) and yellow sap (latex), which is found just under the skin.*

The juice of aloe contains at least 99.1 percent water, which means that the polysaccharides (acemannan and other polypeptides), glycoproteins, and other components constitute less than one percent of the juice. To date, over 200 active components have been identified including fatty acids and immune-supporting compounds.*

Why is the aloin removed from the aloe?
Fresh inner leaf aloe vera contains aloin, a very powerful laxative, which must be eliminated from the aloe if it is to be used safely as an ingredient in topical products or as a dietary supplement. Aloin is a compound, which is produced from emodin and glucose. When inner leaf aloe is pasteurized and the aloin is eliminated, the aloe is safe for both topical and internal use.

What is the history of aloe vera use in promoting health?
The idea that Aloe vera can promote health is as old as the Pyramids. It is believed to have originated in the warm, dry climates of northern Africa. It has been found referenced in ancient hieroglyphics, which indicate it was a product that was traded between the Egyptians and the Sumerians as many as 6,000 years ago. It was first described in the Papyrus Ebers, an Egyptian book written between 1553-50 B.C.E. The ground inner leaf of the plant has been used as a health agent or cosmetic ingredient for thousands of years in promoting normal healing and healthy digestion. The soothing powers of aloe vera were used in Persia and India for centuries. In addition, both Chinese and Japanese civilizations have taken advantage of aloe vera’s beneficial properties. Greeks and Romans also used aloe vera in supporting health as early as the first century. Ancient Greeks obtained it from the island of Socotra in the Indian Ocean. In the 10th century C.E., its soothing powers were recommended to the British King Alfred the Great by the Patriarch of Jerusalem. Muslims who have made the pilgrimage to Mecca are entitled to hang an Aloe plant over their doors as a talisman against evil.

If you look at the history of aloe as a topical application or cosmetic ingredient, there are three types of evidence that have been used to support its value, including testimonials, scientific research and chemical analysis. Reports show that as early as the 1930s, the gel was used to soothe burns.

The juice of the plant continues to gain in popularity as an effective health supplement. Hundreds of chemical reports show that aloe vera contains amino acids, enzymes, and a large number of compounds.*

How does aloe work?
Aloe vera works because the green skin of the plant produces and the sap stores at least six beneficial health agents: lupeol, salicylic acid, urea nitrogen, cinnamonic acid, phenol, and sulfur. In addition, the plant also produces at least 23 proteins (polypeptides) and at least four mannan sugars, which promote the normal regulation of cell growth and support the immune system .

We LOVE this product

Oh my. Is there such a thing as addicted to my strawberry-kiwi drink? If not, there should be. Absolutely great taste and works miracles.

I sometimes just eat it like a candy.Love this product

Can you mix this packet with juice?

Love it for traveling!