The best for mood control

This has been a life saver for me. As a cancer survivor I could not take hormones like I used to, but this has really helped to keep my moods level. Can't say enough about this product. *This is a review from a SHOP Consultant 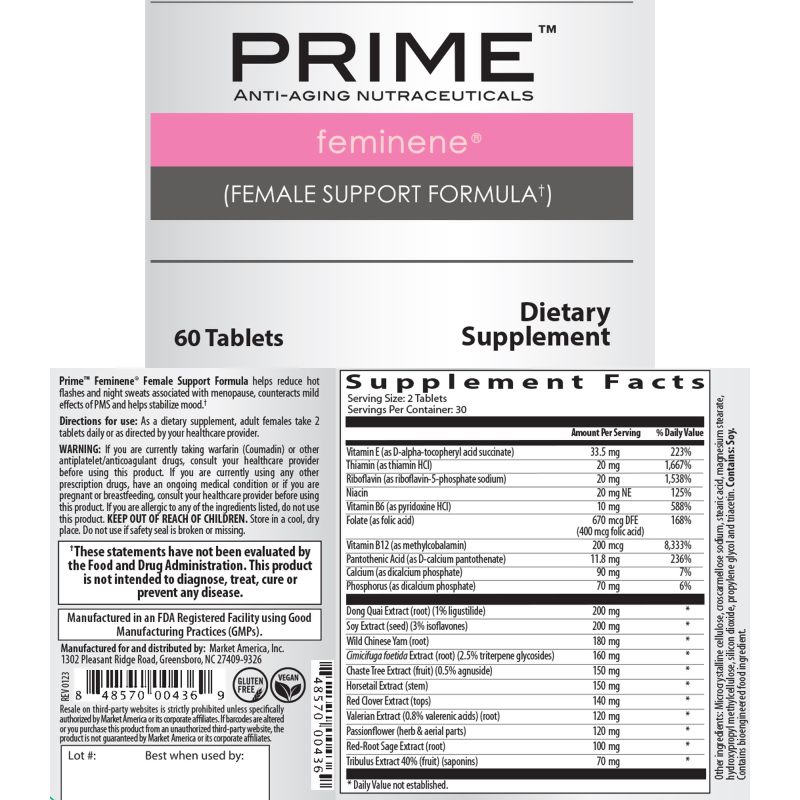 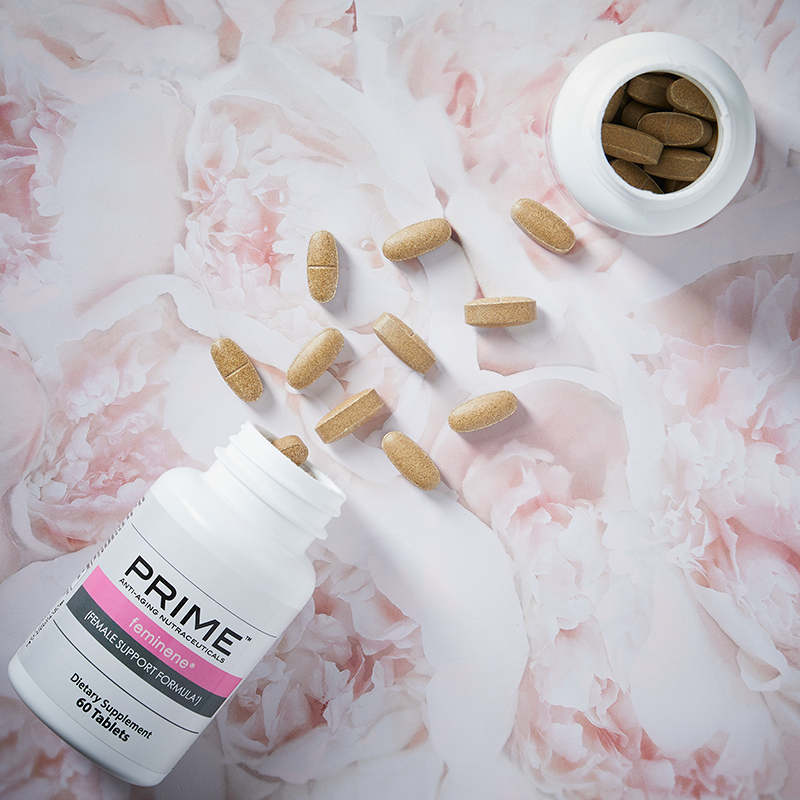 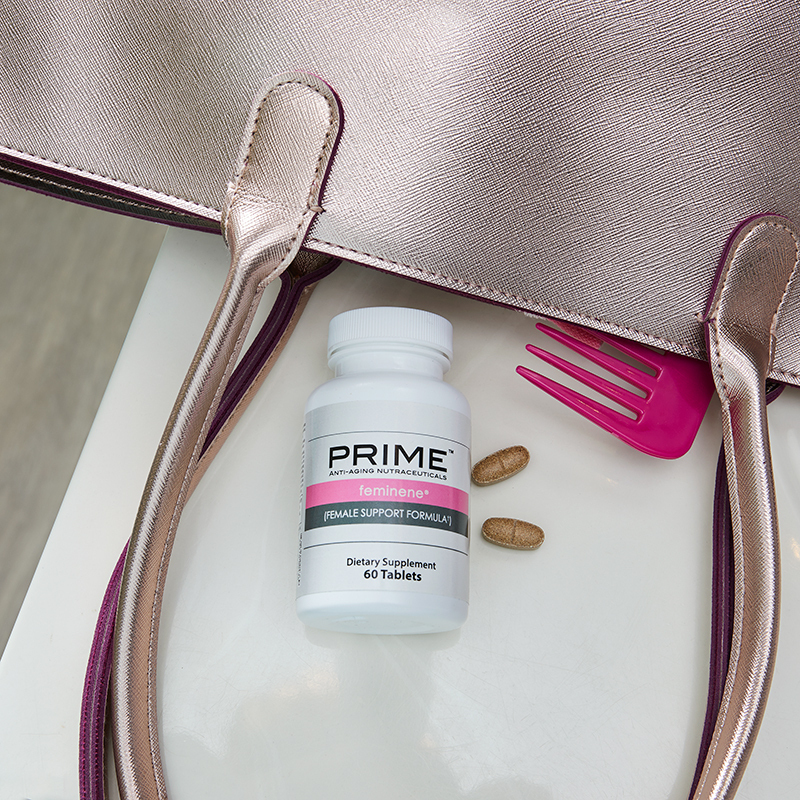 Menopause is a natural biological process, defined as the time when a woman has naturally ceased having menstrual periods for one year. Common symptoms associated with menopause are both emotional and physical. Emotional symptoms can include mood swings, difficulty sleeping, increased irritability, low energy and feelings of sadness. Physical symptoms are often pain during intercourse due to vaginal dryness, night sweats and hot flashes. Considering the average age of menopause in the United States is only 52 years old – while the age of onset varies and can occur anytime between 40 and 60 - these symptoms can be challenging for women still living a full and active life. In addition, prior to menopause, some women experience perimenopause, a time-period that can include many of the symptoms of menopause before menstruation actually stops.*

At an age when many women are still juggling a career, family, friends and commitments, dealing with the symptoms of menopause or perimenopause can leave women looking for some relief. Several scientific studies have demonstrated how select herbs, vitamins and minerals help to promote optimal female health especially during times of menopause or perimenopause, without the harmful side effects of unnatural alternatives.*

Premenstrual syndrome or PMS is another natural, biological process that women go through. It occurs for up to two weeks prior to menstruation, and has been associated with a deficiency or excess of hormones. Symptoms of PMS include increased levels of anger and stress, bloating, breast tenderness, abdominal discomfort, sadness, short-term fatigue, head discomfort, hostility, trouble sleeping, joint discomfort, mood swings, nervousness and tension. Needless to say, finding relief from PMS symptoms is also important to many women.*

nutraMetrix® Prime™ Feminene® Female Support Formula is a dietary supplement created to help reduce hot flashes and night sweats, as well as other mild symptoms commonly associated with menopause or perimenopause as well as PMS. It may help stabilize moods and keep hormones in balance during these challenging, yet natural, biological processes women go through.*

Specially formulated with select nutrients, nutraMetrix Prime Feminene includes herbs like black cohosh, dong quai, soy extract, wild yam and chaste berry. It also provides select vitamins to help with mood and stress. Prime Feminine helps women keep their bodies in balance resulting in a more balanced life. When juggling so many things in life, the last thing women want is to have unbalanced hormones and mood swings to deal with as well.*

What is Menopause?  Menopause is the ceasing of the monthly female menstrual cycle. A woman is considered menopausal when she has been without a menstrual cycle for at least for one year. Common symptoms of menopause are emotional and physical changes, mood swings, sleeplessness, hot flashes and night sweats. Some women experience perimenopause prior to menopause, which is a time period that can include many of the symptoms of menopause before menstruation stops. The most common symptoms that perimenopausal and menopausal women complain of are hot flashes, flushes and sweats; thirty three percent of these women seek medical attention for the ailments.

What are estrogens?   Estrogens are a group of steroid compounds that are named for their importance in the estrus cycle. They function as the primary female sex hormone. Estrogen is present in men and women but is usually at significantly higher levels in women of reproductive age. Estrogen is mainly produced in the developing follicles in the ovaries, but some is also produced by secondary sources such as the liver, adrenal glands and breasts. The secondary sources are particularly important for post-menopausal women.

When does Menopause occur?  In the United States, 52 years old is the average age for menopause. However, the age of onset varies and can occur anytime between 40 and 60 years of age.

What is PMS?  PMS, or premenstrual syndrome, has been associated with a deficiency or excess of hormones, stress, nutritional deficiencies and other nutritional or lifestyle factors. Symptoms that are commonly associated with PMS include increased levels of stress and weight.

When does PMS occur?  PMS occurs prior to menstruation for up to two weeks.

How common is PMS?  The percentage of women who experience PMS varies widely, but according to the American College of Obstetricians and Gynecologists, up to forty percent of menstruating women report some symptoms of PMS. For most women, the symptoms vary from mild to severe.

Are there any foods that aggravate PMS symptoms?  Yes. Some foods have been shown to aggravate the symptoms of PMS, such as saturated fats, hydrogenated fats, refined sugar, salt, caffeine and alcohol.

How do I take nutraMetrix Prime™ Feminene®?  As a dietary supplement for women in menopause, adults take two tablets or as directed by the healthcare provider.

This product helps with hot flush

I have been taking this product for many years during my menopause. It helps with hot flush and mood swing.

Thank you for taking the time to share your thoughts on the Prime™ Feminene® Female Support Formula! We are happy to hear you are pleased with the product!

Feminene is a fantastic product. It really cuts down on the night hot flashes. I really miss it when I don’t take it. I recommended it to a friend and she had great results too and orders it every month!

Thank you for taking the time to share your thoughts on the Prime Feminene Female Support Formula! We are happy to hear you are pleased with the product!

Can't live without this product

Recently I have started having pre-menopausal symptoms such as hot flash and mood swings. I was introduced to this product and curcumin extreme. I have been taking both these products and they have been a life saver as my pre-menopause symptoms are under check.

Thank you for taking the time to share your thoughts on the Prime Feminene Female Support Formula! We are happy to hear you are pleased with the product!

I rarely have hot flashes anymore!

Thank you for taking the time to share your thoughts on the Prime Feminene Female Support Formula! We are happy to hear you are pleased with the product.

Thank you for taking the time to share your thoughts on the Prime Feminene Female Support Formula! We are happy to hear you are pleased with the product.